The following is provided to assist in performing the calculations and reporting of certain elements when several destruction devices are used routinely.  Two basic scenarios are considered: 1) flow and methane content are measured at a single central location and the gas is then piped to different destruction devices (either all on-site or a combination of on-site and off-site), but the flow rate per device is not measured; 2) flow and methane content are measured separately for each on-site destruction device and, if applicable, gas is sent off-site for destruction.  Further information can be found via the e-GGRT Help link in the left-hand margin of e-GGRT. Go to Using Subpart HH Calculation Spreadsheets and then to Using the Equation HH-6, HH-7, and HH-8 Calculation Spreadsheet.  See the worksheet titled “MultiDD_per_MeasLocation” for assistance with Scenario 1 below, and the worksheet titled “Equation HH-6, HH-7, HH-8_Multi” for assistance with Scenario 2 below.

Equations HH-6 through HH-8 can be used directly given the parameters determined above.  Other e-GGRT reporting parameters (annual volume of gas, annual average methane concentration, and number of days/month missing data procedures were used) are straightforward under this scenario. 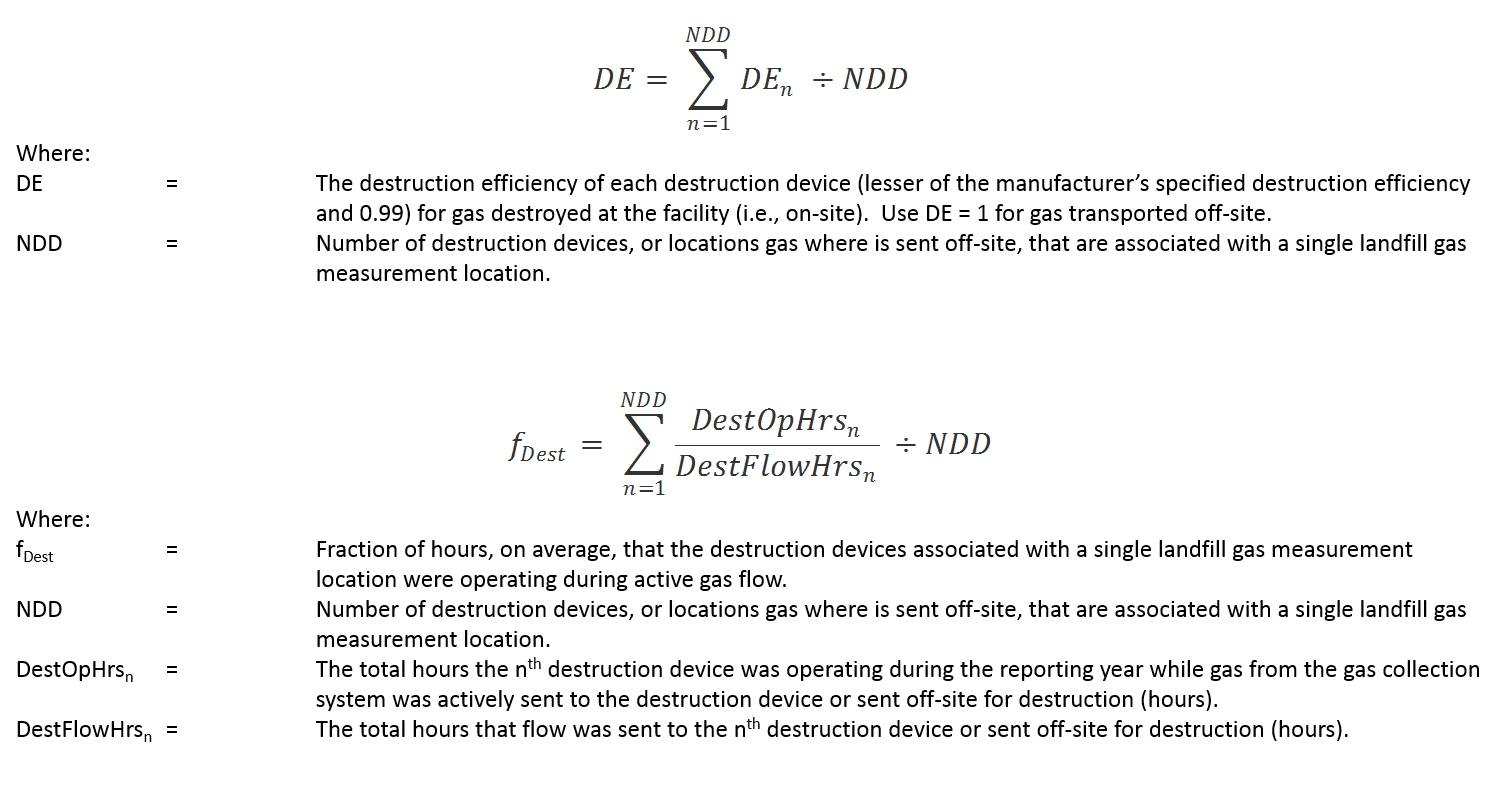 Equations HH-6 through HH-8 can be used directly given the summed parameters determined above.  When reporting other data elements associated with multiple measurement locations, we recommend the following steps:

These FAQs are provided solely for informational purposes. They do not provide legal advice, have legally binding effect, or expressly or implicitly create, expand, or limit any legal rights, obligations, responsibilities, expectations, or benefits in regard to any person. The information is intended to assist reporting facilities/owners in understanding key provisions of the Greenhouse Gas Reporting Program