FAQs > e-GGRT > Confidential Business Information (CBI) > Q317. Are inputs to emission equations whose reporting deadline was deferred until 2013 being collected in e-GGRT?
Skip to end of metadata Go to start of metadata

Q317. Are inputs to emission equations whose reporting deadline was deferred until 2013 being collected in e-GGRT? 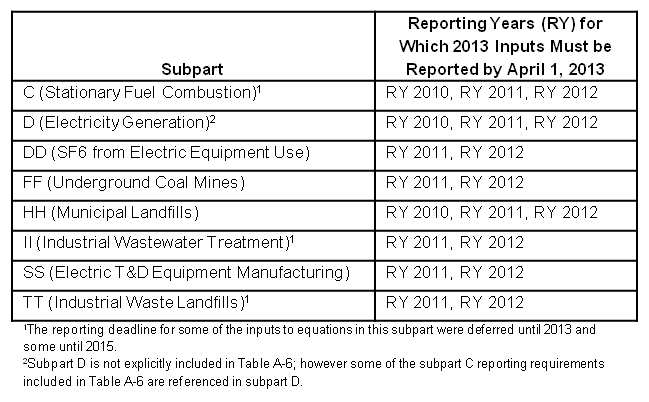 For more information about the reporting of emission equation inputs that are no longer deferred and that must be reported by April 1, 2013 as well as the requirements for resubmitting Reporting Years 2010 and 2011 reports that must now include certain previously deferred equation inputs, please refer to the Inputs Whose Reporting Deadline Was Deferred Until 2013 factsheet.

These FAQs are provided solely for informational purposes. They do not provide legal advice, have legally binding effect, or expressly or implicitly create, expand, or limit any legal rights, obligations, responsibilities, expectations, or benefits in regard to any person. The information is intended to assist reporting facilities/owners in understanding key provisions of the Greenhouse Gas Reporting Program